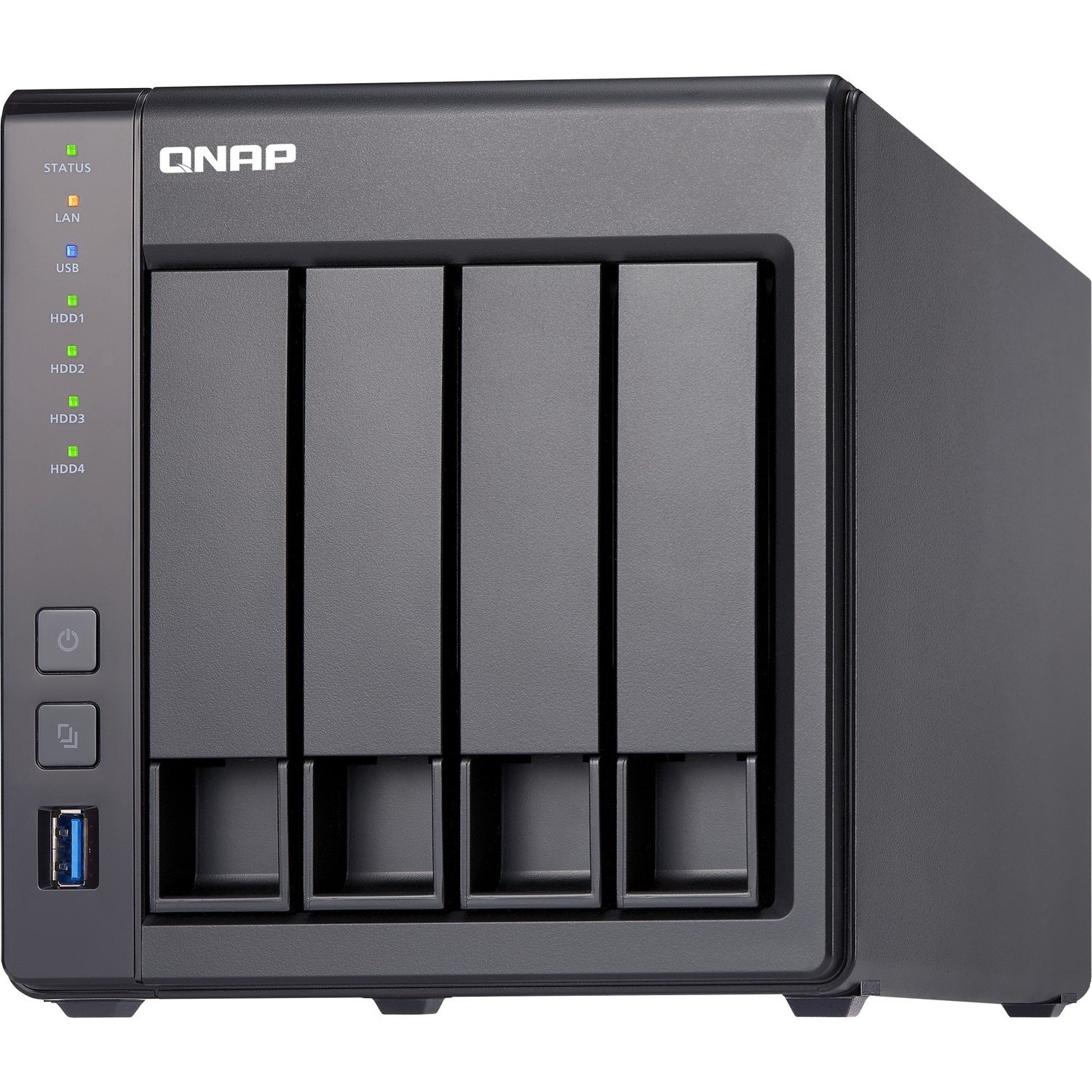 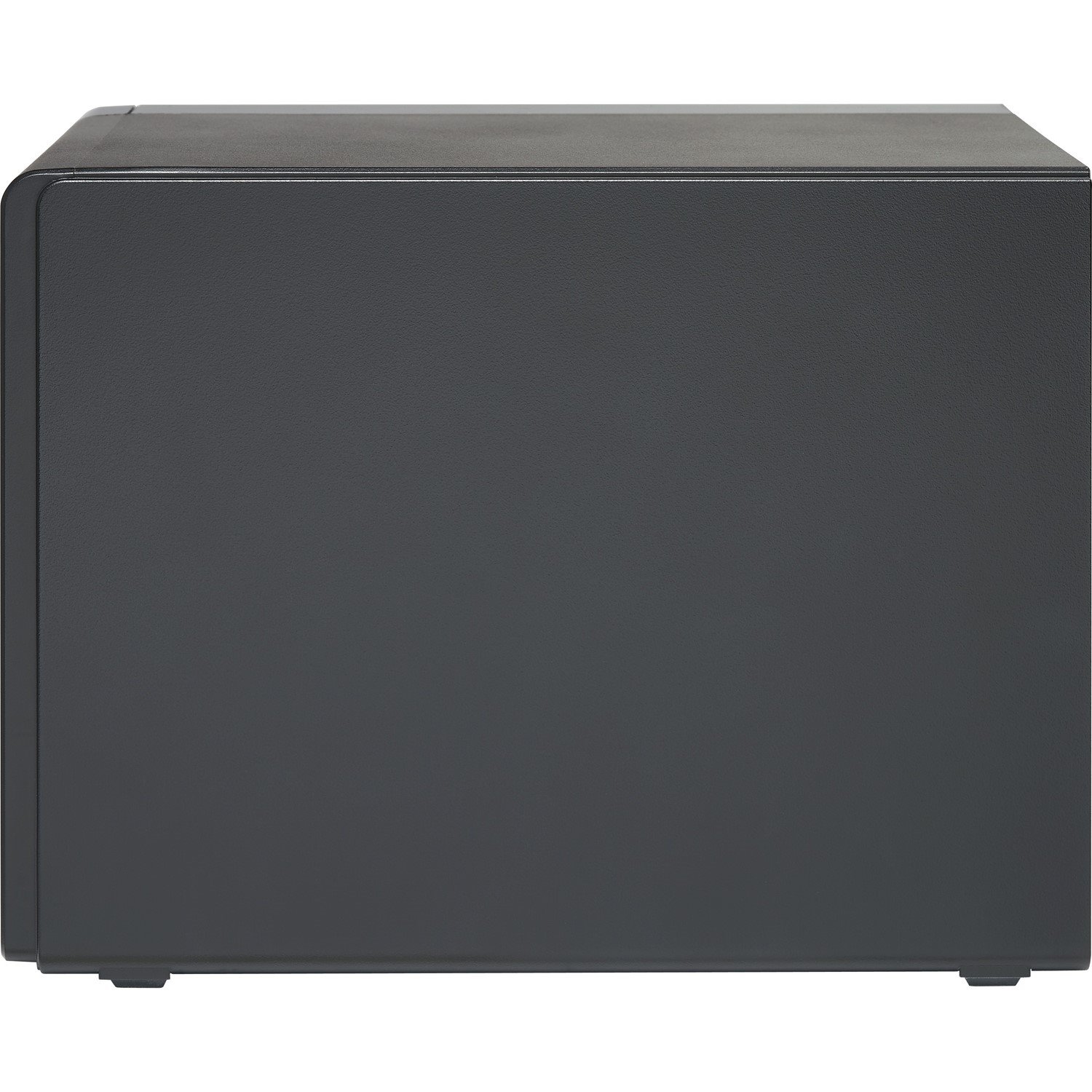 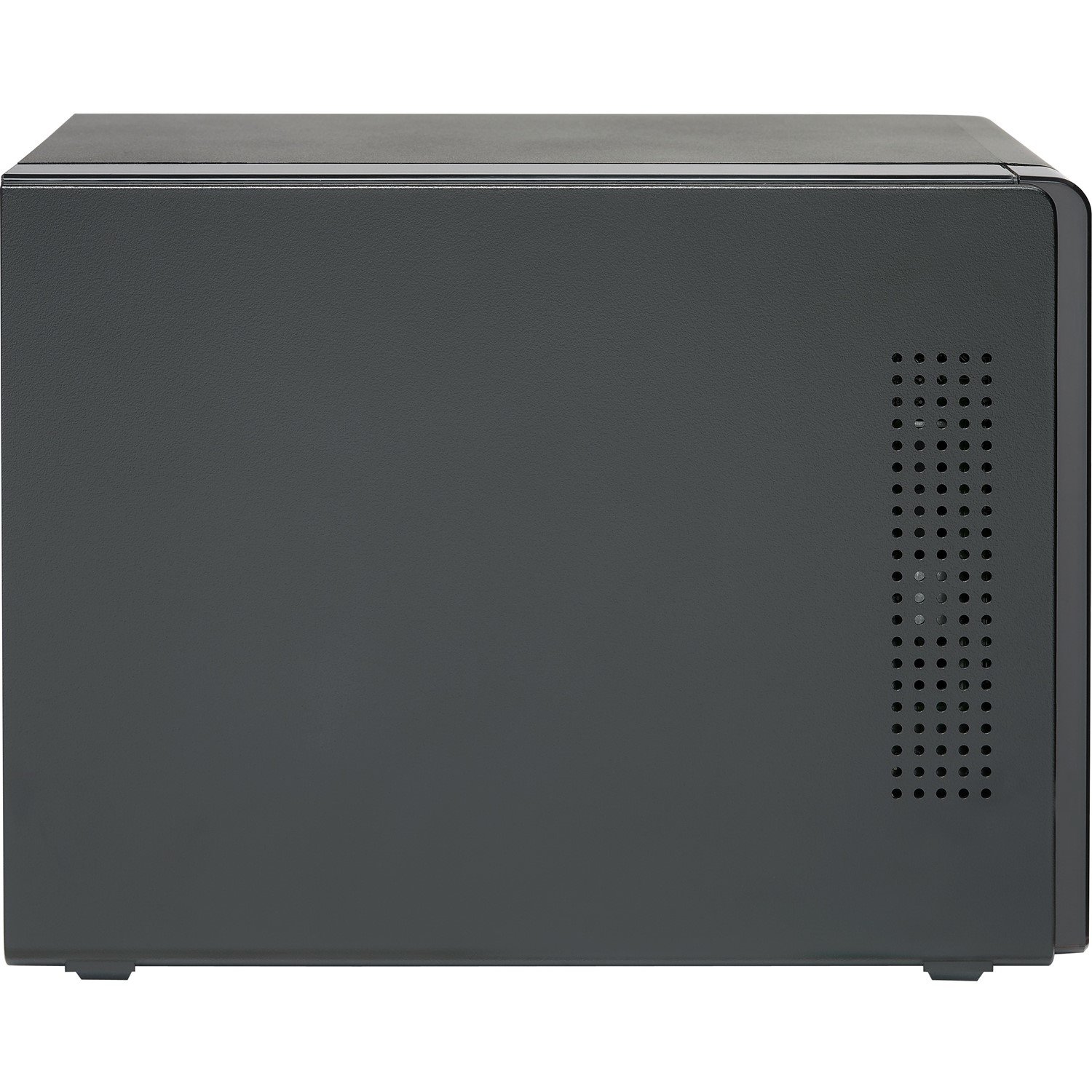 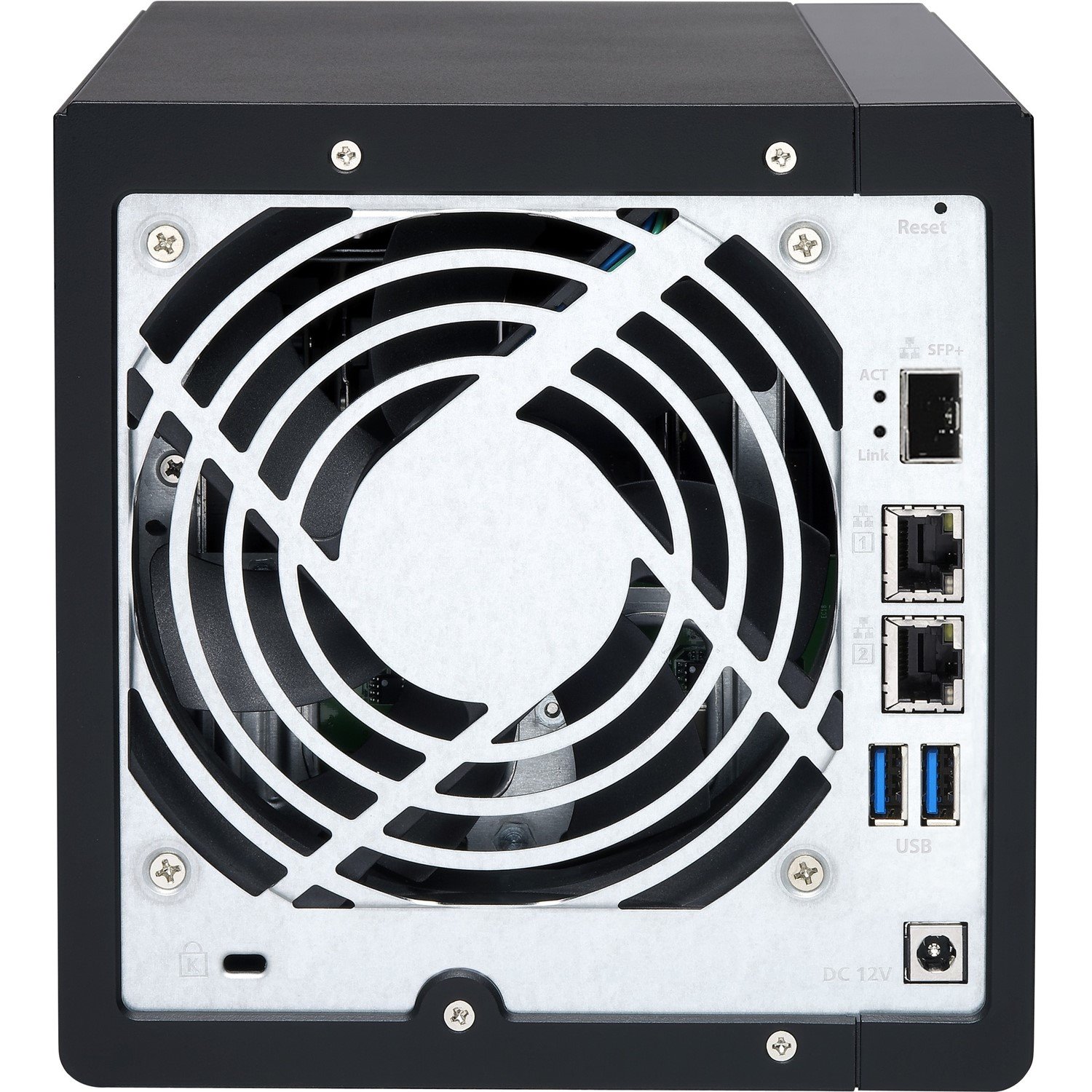 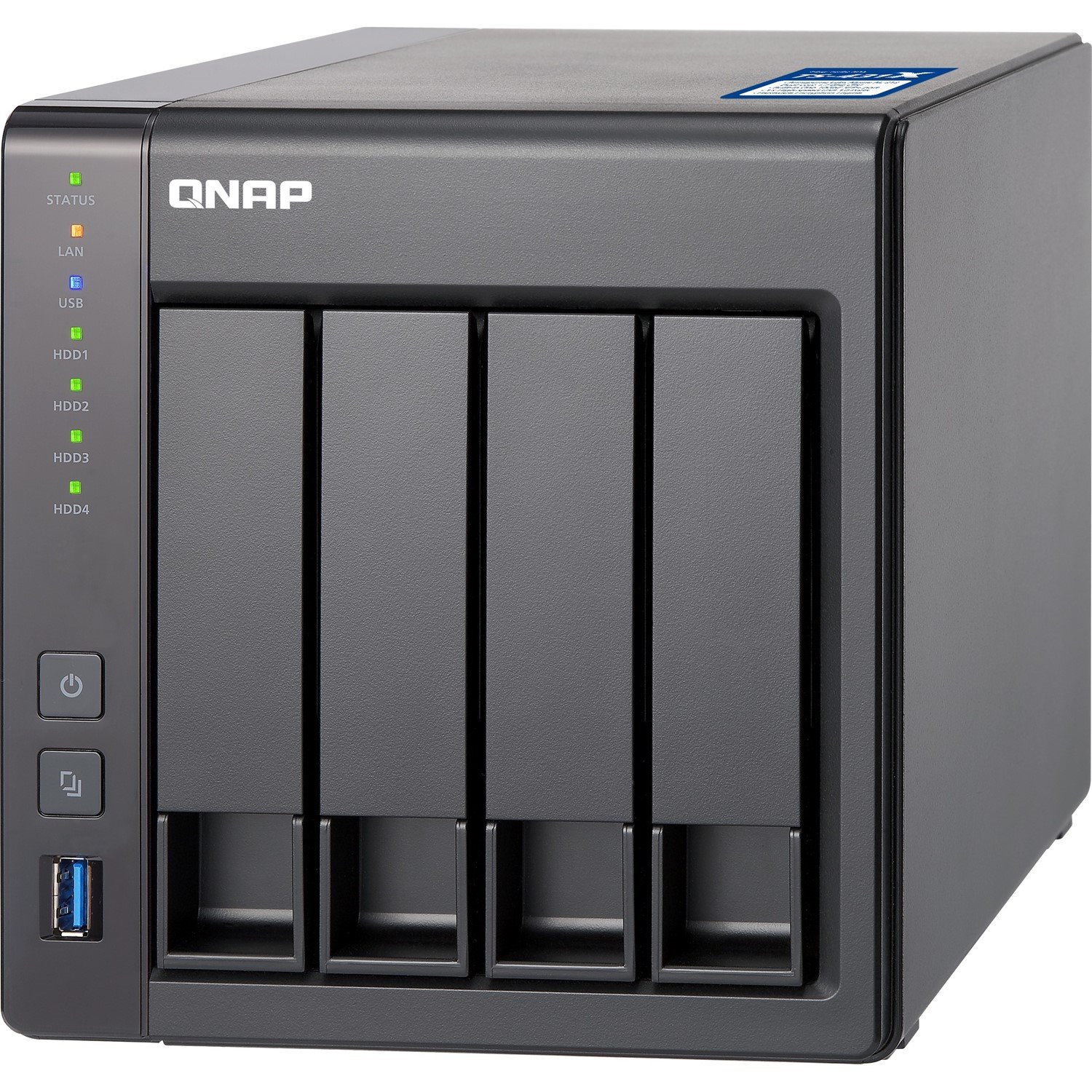 The TS-431X2 Quad-core NAS supports four hard drives and comes with a built-in 10GbE SFP+ port for rigorous data processing, providing a cost-effective storage solution for demanding everyday business tasks. Powered by the QTS operating system, the TS-431X2 provides versatile all-in-one server functionalities and unique features including Container Station, which facilitates Internet of Things (IoT) development, and VJBOD (Virtual JBOD), which allows for expanding NAS capacity by using the unused storage of another NAS. The TS-431X2 is an ideal entry-level NAS for businesses looking for backup, restoration, private cloud, storage for virtualization, and to future-proof their IT infrastructure for 10GbE networks. The TS-431X2 also supports Snapshots, allowing you to easily restore your TS-431X2 to a previous state in the event of an unexpected NAS failure or when struck by a ransomware attack.

The TS-431X2 is equipped with a quad-core AnnapurnaLabs, an Amazon company Alpine AL-314 1.7 GHz processor and 2GB/8GB DDR3 RAM (upgradable to 8GB). With a 10GbE SFP+ LAN port and two Gigabit LAN ports, the TS-431X2 provides speeds of up to 1014 MB/s to meet the needs of bandwidth-demanding tasks. Supporting AES 256-bit volume-based data encryption, the TS-431X2 provides excellent speeds of up to 357 MB/s while ensuring the confidentiality of sensitive business data stored in the NAS.

The TS-431X2 not only provides two inbuilt Gigabit Ethernet ports but also one 10GbE SFP+ port to fully support 10GbE high-speed networks. 10GbE is capable of delivering lightning-fast throughput for businesses that demand higher bandwidth for virtualization and fast backup & restoration for an ever-growing amount of data.

The TS-431X2 supports SSD caching to greatly boost the IOPS performance of storage volumes and increase operational efficiency. It is perfect for improving overall workflow of IOPS-demanding applications and allows the best of both cost and performance by combining SSDs with HDDs.

The TS-431X2 supports block-based Snapshots, which can record and save the state of the file system and the metadata of the files outside the file system at any time. In the event of an unexpected NAS failure or if struck by a ransomware attack, the snapshots remain intact, allowing you to quickly and easily restore the system back to a previous normal state. You can preserve and restore multiple versions of the same file, folder or even the entire volume. The TS-431X2 supports up to 64 snapshots per volume or LUN (up to 256 in total). Snapshot Replica facilitates double protection that replicates snapshots to a remote QNAP NAS or server.