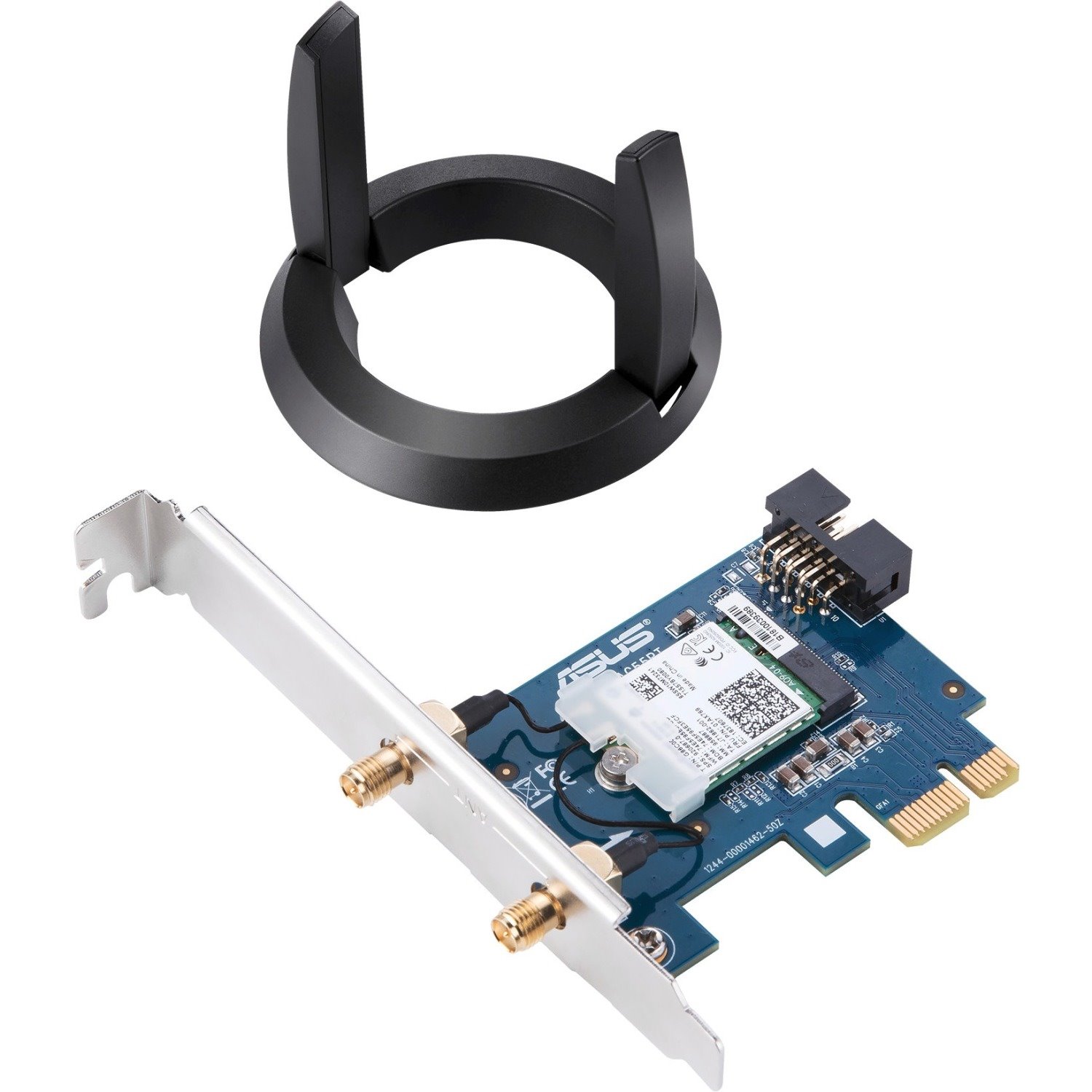 2X-Faster Wi-Fi, Even on Crowded Networks

PCE-AC58BT uses wide 160MHz channels to drive WiFi speeds up to twice the rate of WiFi 5 (802.11ac) devices, and up to 5X faster than WiFi 4 (802.11n) equipment. It's also engineered with MU-MIMO technology to ensure that every connected device benefits from top speeds, even in busy homes or offices.

Still Fast, Even In Crowded Network

: PCE-AC58BT instantly upgrades your PC with MU-MIMO functionality, enabling it to achieve top WiFi speeds, even when many other devices are connected to WiFi simultaneously. Instead of taking turns transferring data to the router, MU-MIMO lets multiple devices transfer data at the same time without waiting. With PCE-AC58BT, your PC can be grouped with other MU-MIMO devices on the network, letting you enjoy full WiFi speed for each device in the group.

Slot ASUS PCE-AC58BT into your PC for an instant upgrade to the latest Bluetooth 5.0 technology and enjoy up to 2X-faster transmit speeds and 4X-greater range. Enabling Bluetooth on your PC lets you enjoy the convenience and freedom of wireless connectivity with a wide range of devices, including speakers, headphones and game controllers.